An application submitted to the City of Toronto in the final days of 2020 seeks Zoning By-law Amendments and Site Plan Approval to permit a 66-storey, mixed-use building at the southeast corner of Wellington Street West and Blue Jays Way. Currently home to a 1991-completed nine-storey office building, the plan for 277 Wellington West calls for a new 66-storey, IBI Group-designed tower that would rise 232.3 metres into the Entertainment District skyline if approved in its current form. 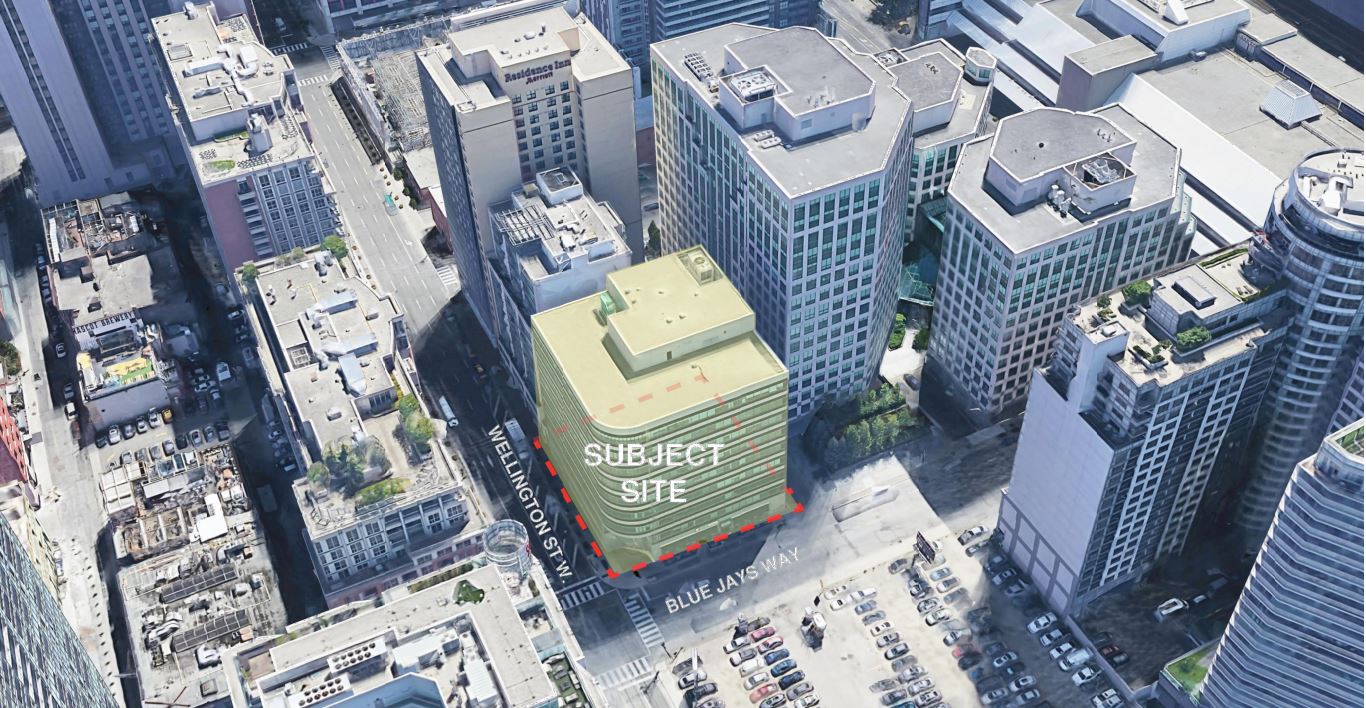 Site of 277 Wellington West, image via submission to City of Toronto

Proposed by Reserve Properties and Westdale Properties, the submission outlines plans for a building of 46,995 m². The lower levels of the building would house office replacement space, with 9,169 m² of office GFA housed on levels two through nine keeping the land’s existing employment potential intact through new-build office space. The base would also contain 116 m² of retail space. A mechanical and amenity floor would serve the commercial base before floors turn to the 37,710 m² of residential uses above, with 645 units spread across the 57 tower floors. 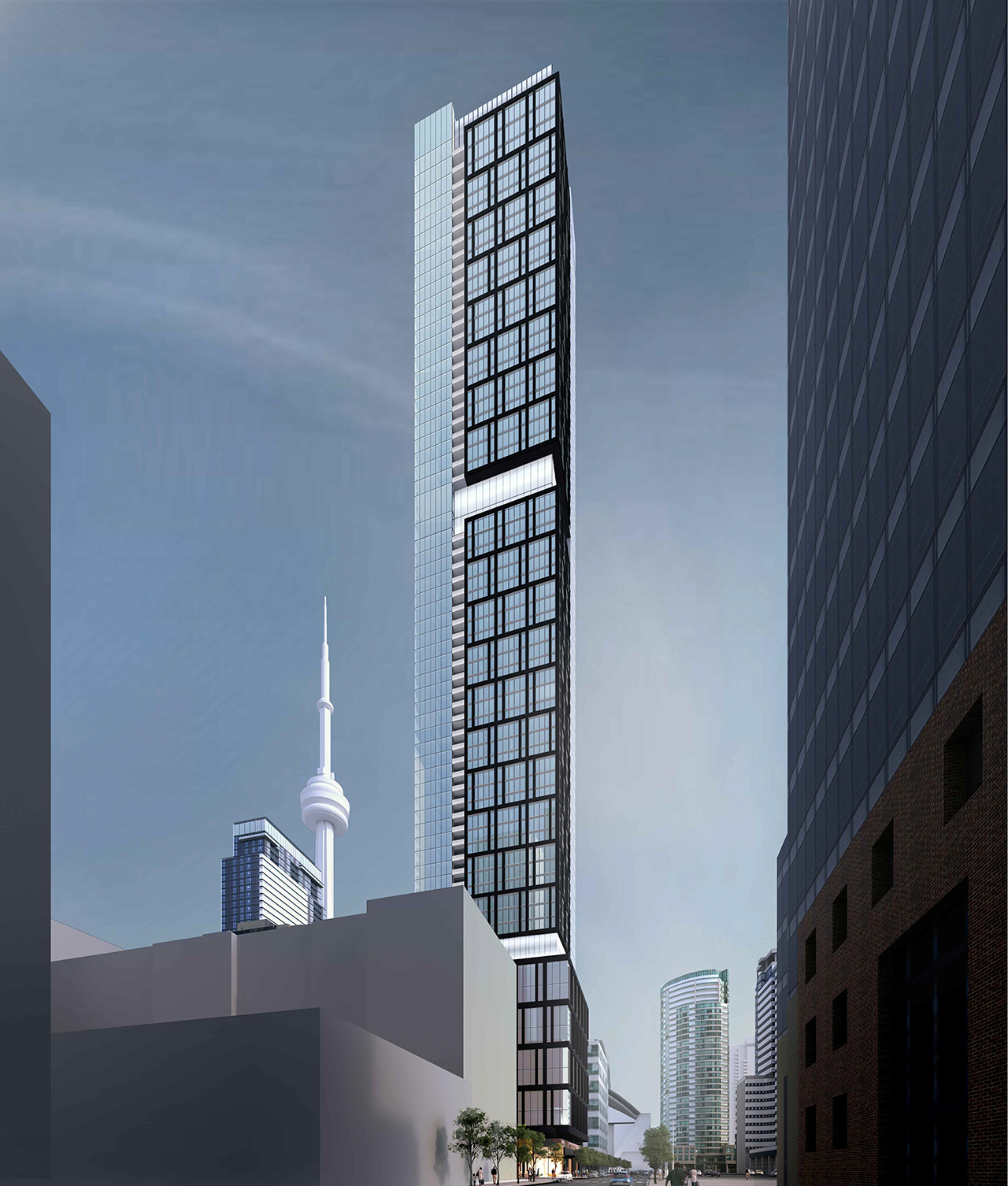 Looking south to 277 Wellington West, image via submission to City of Toronto

The proposed unit mix is 54 studios, 376 one-bedrooms, 149 two-bedrooms, and 66 three-bedrooms. Residents would have access to amenities spread across three floors, with a podium-top outdoor amenity level and a two-level mid-tower amenity section occupying the 41st and 42nd floors. 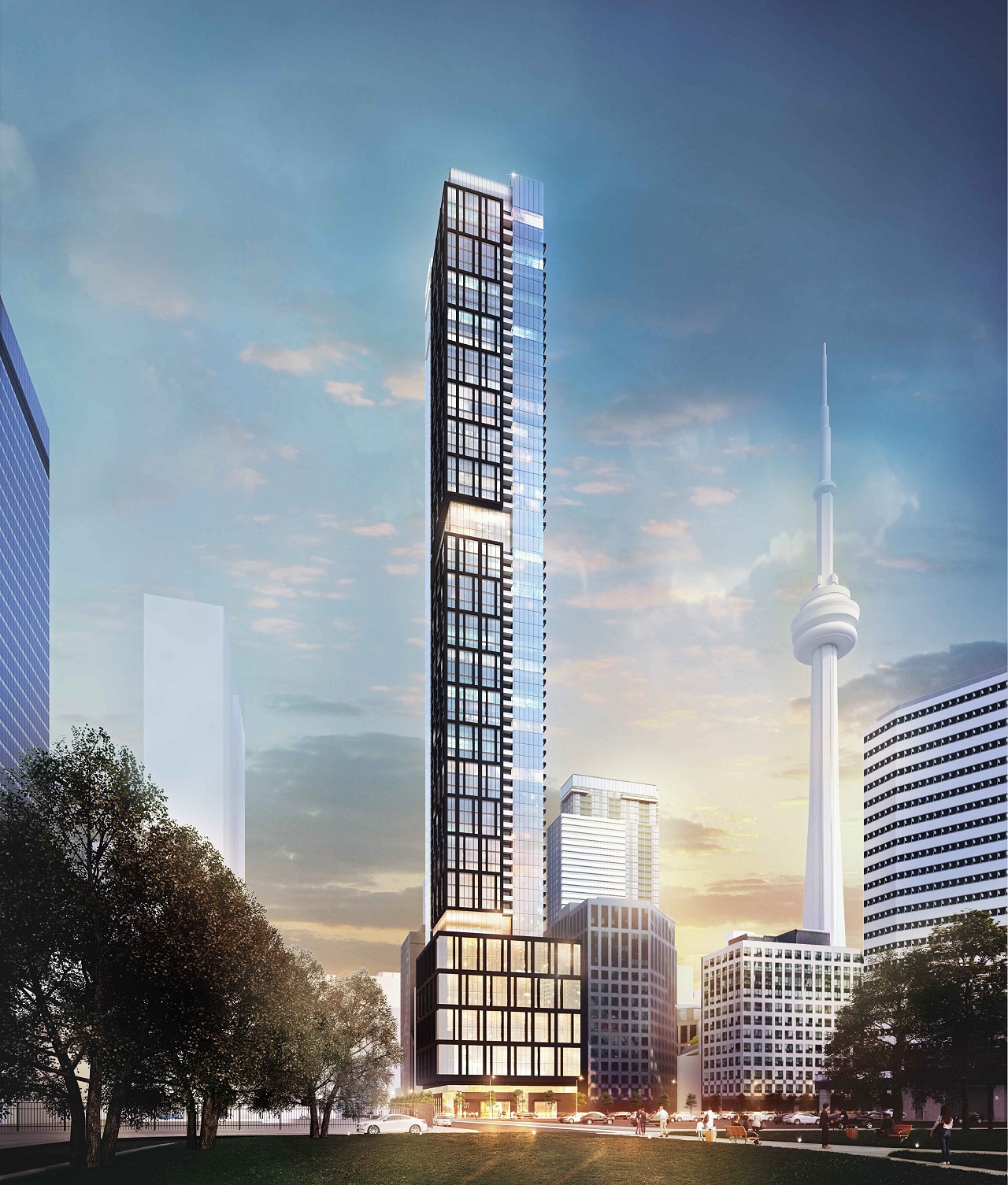 Looking east to 277 Wellington West, image via submission to City of Toronto

Exterior finishes include a main building envelope of blue-tinted glass, with silver-tinted glass accents, plus a syncopated grid of dark metal panels for articulation. The ground floor would feature a mix of glass, dark gray stone panels, and a metal canopy. The mid-tower amenity floors would feature clear glass, further articulating the tower into two volumes. 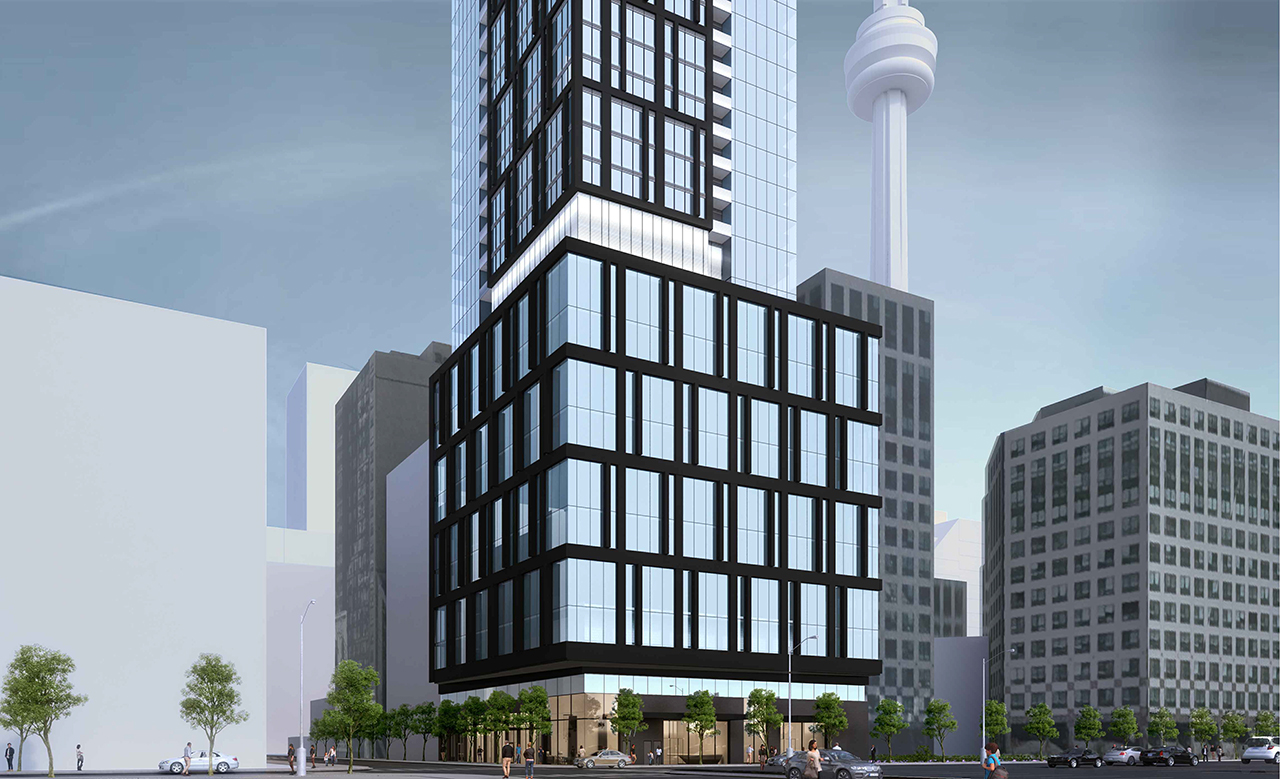 Looking southeast to 277 Wellington West, image via submission to City of Toronto

A five-level underground garage is proposed to provide 93 parking spaces—which represents just 20.5% of the spaces required by the City’s antiquated parking standards. The City routinely grants parking reductions to buildings in areas well served by transit and with high Walk Scores. Spaces for 600 bicycles are planned on the P1, mezzanine, and second levels. 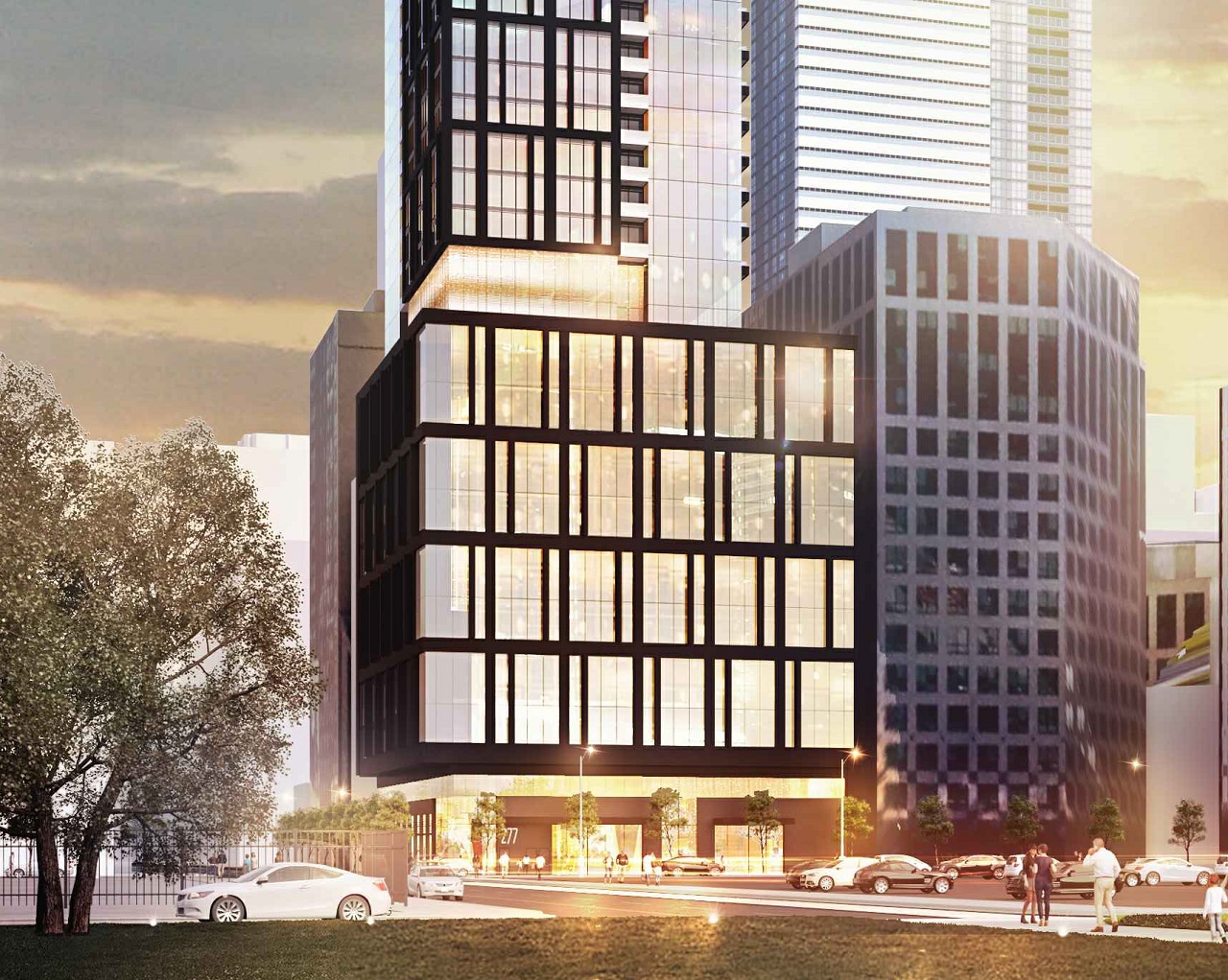 Looking east to podium at 277 Wellington West, image via submission to City of Toronto