On December 5th, GO Transit opened their new Union Station Bus Terminal (USBT) within the base of CIBC SQUARE on the northeast corner of Bay Street and Lake Shore Boulevard in Downtown Toronto. The first part of the Hines and Ivanhoé Cambridge-developed complex’s south tower to open its doors, the new bus terminal doubles the number of bays available at Union Station to 14, 7 on each of two levels. The terminal can be accessed via a new PATH bridge over Bay Street from the Scotiabank Arena. 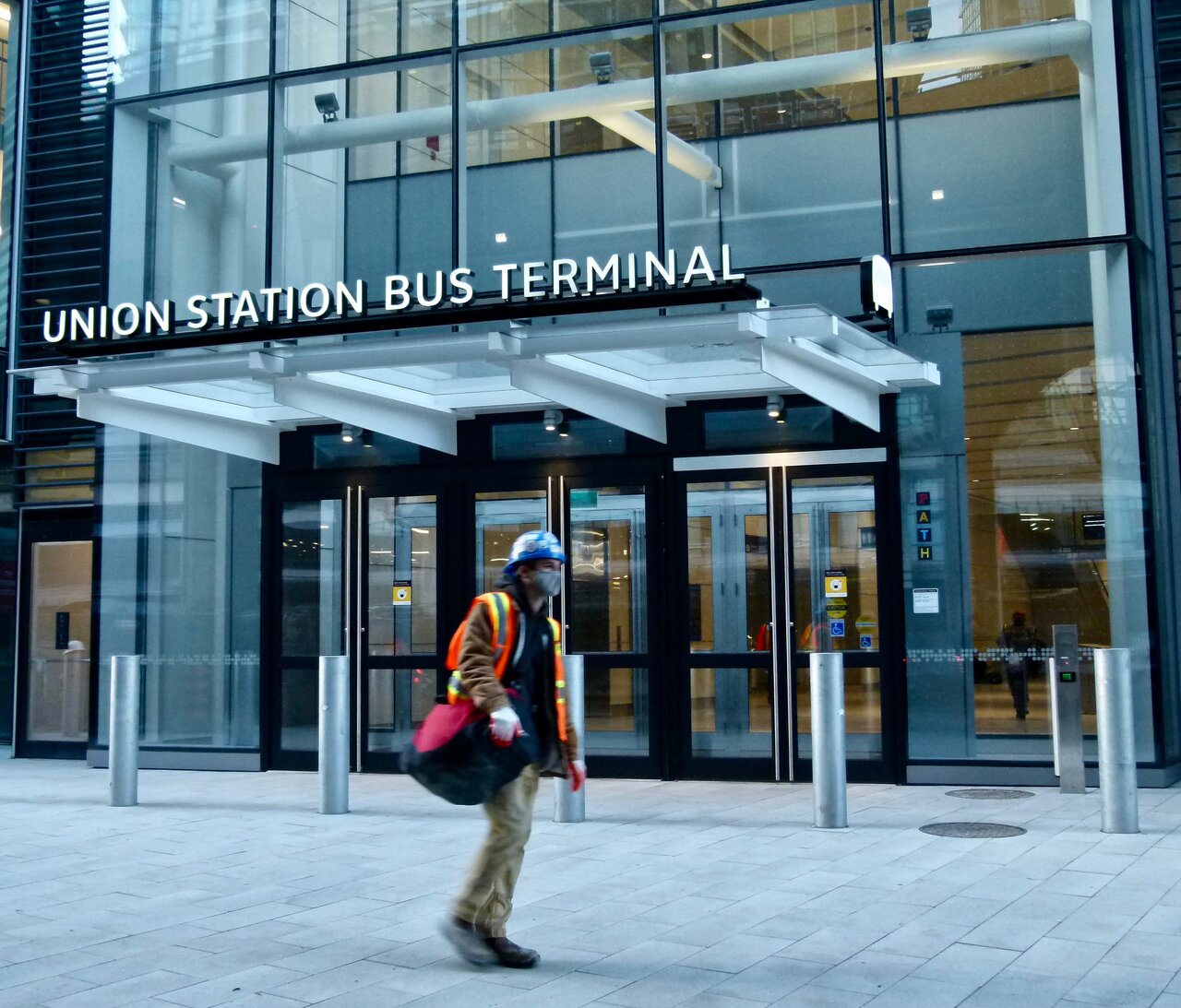 An airport-like configuration divides the USBT into zones with gates that open to bus platforms, only when the buses are ready to board or unload passengers for improved safety. 68 departure boards spread across the terminal keep passengers in the loop about upcoming arrivals and departures. Other features include washrooms, charging ports, and Wi-Fi. Space to park 270 bikes has also been provided. 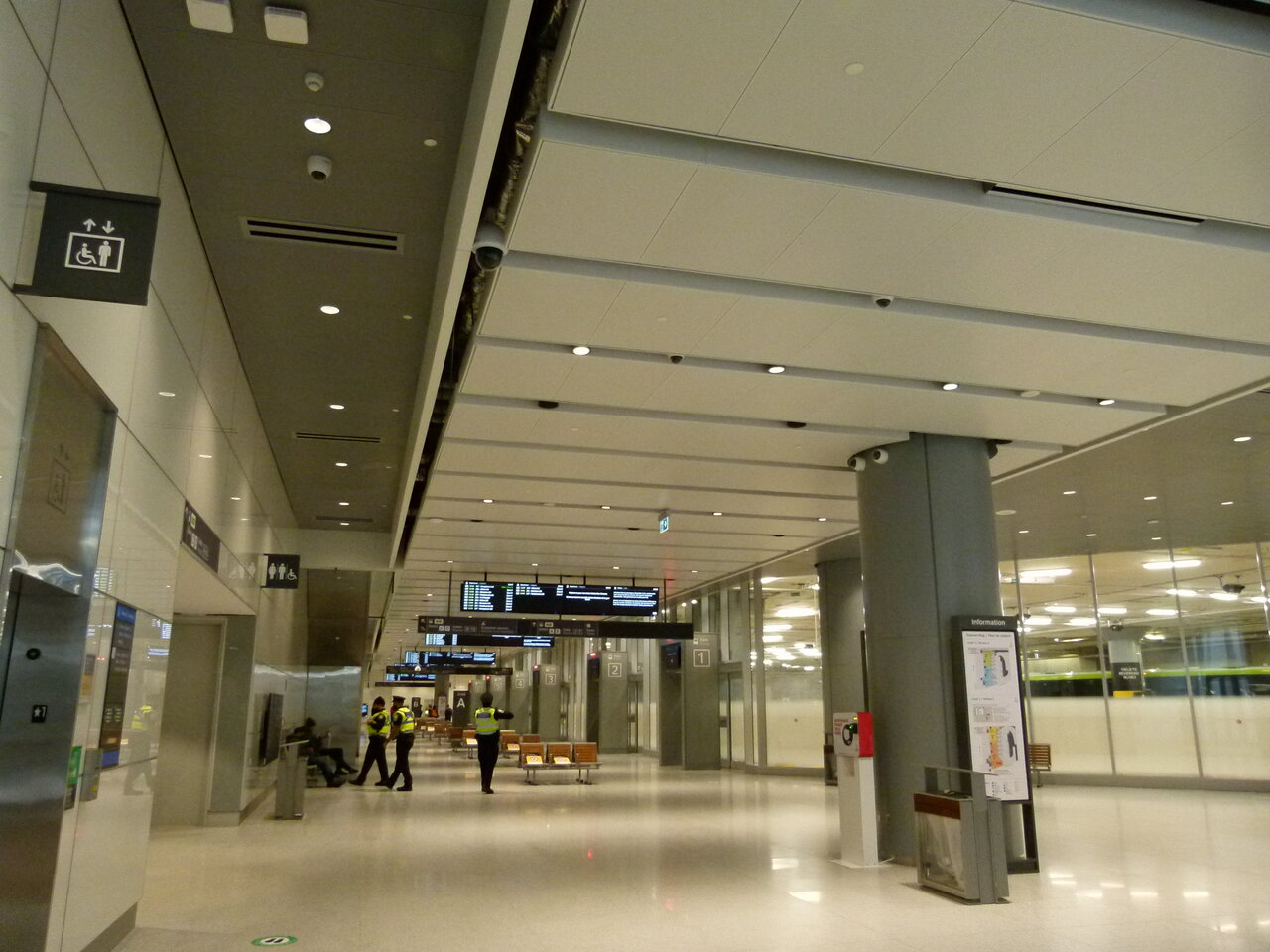 The new terminal replaces the previous 2003-built outdoor terminal to the north of the rail corridor. Fences were erected immediately around it once the new terminal opened. The old terminal was then stripped of fittings, and then equipment moved right in to begin the teardown. Work continues on the south tower two and a half years after its Summer 2017 construction start. Designed by UK-based WilkinsonEyre Architects in collaboration with Adamson Associates, the recent dismantling of an exterior hoist and the start of removal of the west tower crane has allowed glazing installation to begin enclosing the final sections of the west elevation. Elevator and escalator installation continues within the building, along with landscaping work and the start of installation for a public art component. The first low-rise floors within the building are expected to welcome tenants in February, with higher floors planned for occupancy the following month. A food hall component is planned to open in Q3 2021. Meanwhile, much of the office space has now been turned over to incoming tenants, allowing them to begin installing their customized fixtures and finishes in the countdown to occupancy. 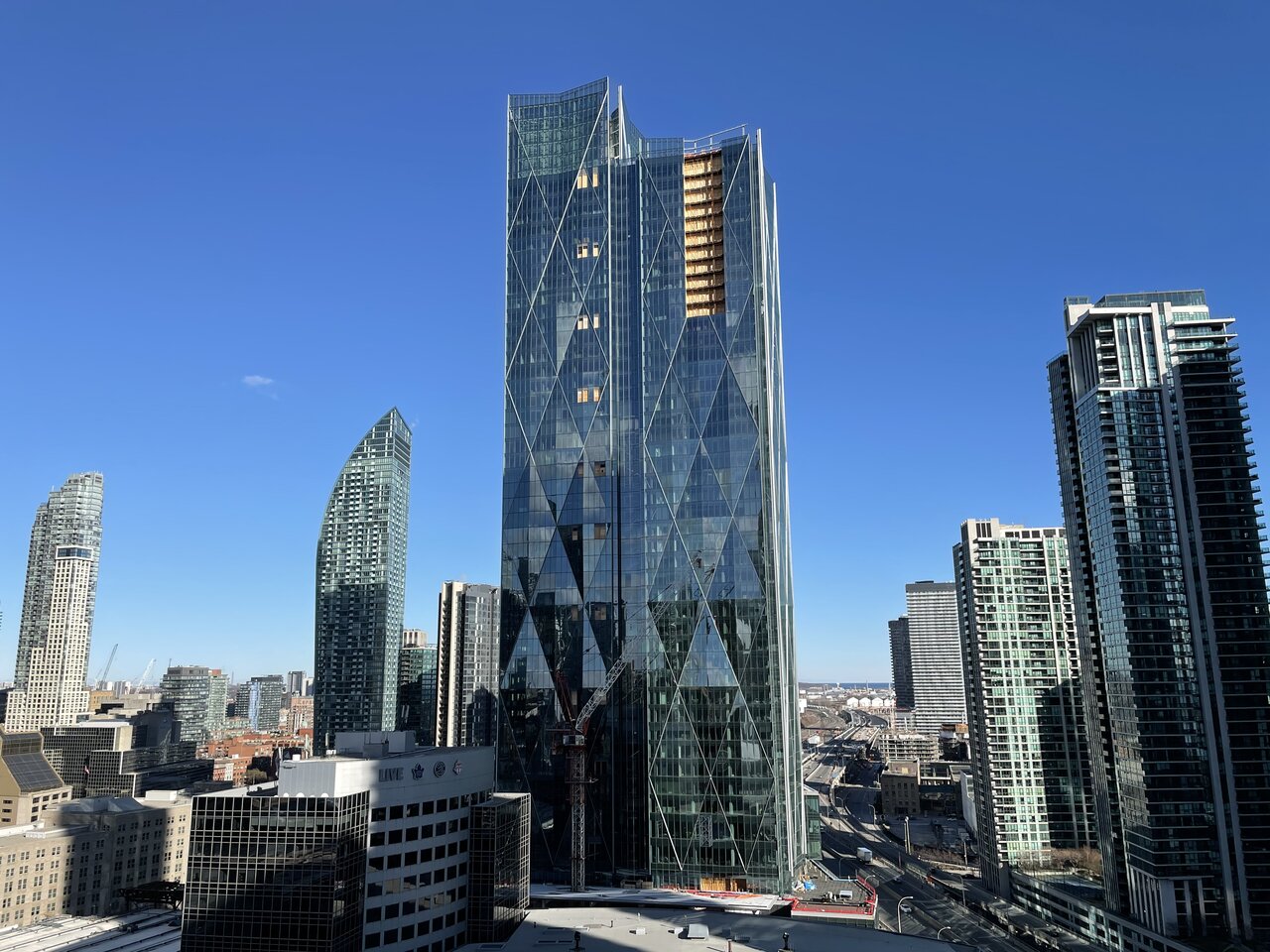 Work also continues on the southern portion of the project’s rail corridor overbuild park, expected to be completed in late summer 2021. Eventually, the park will connect the South and North towers. The buildings will also be connected via the climate-controlled Bay East Teamway below the tracks. 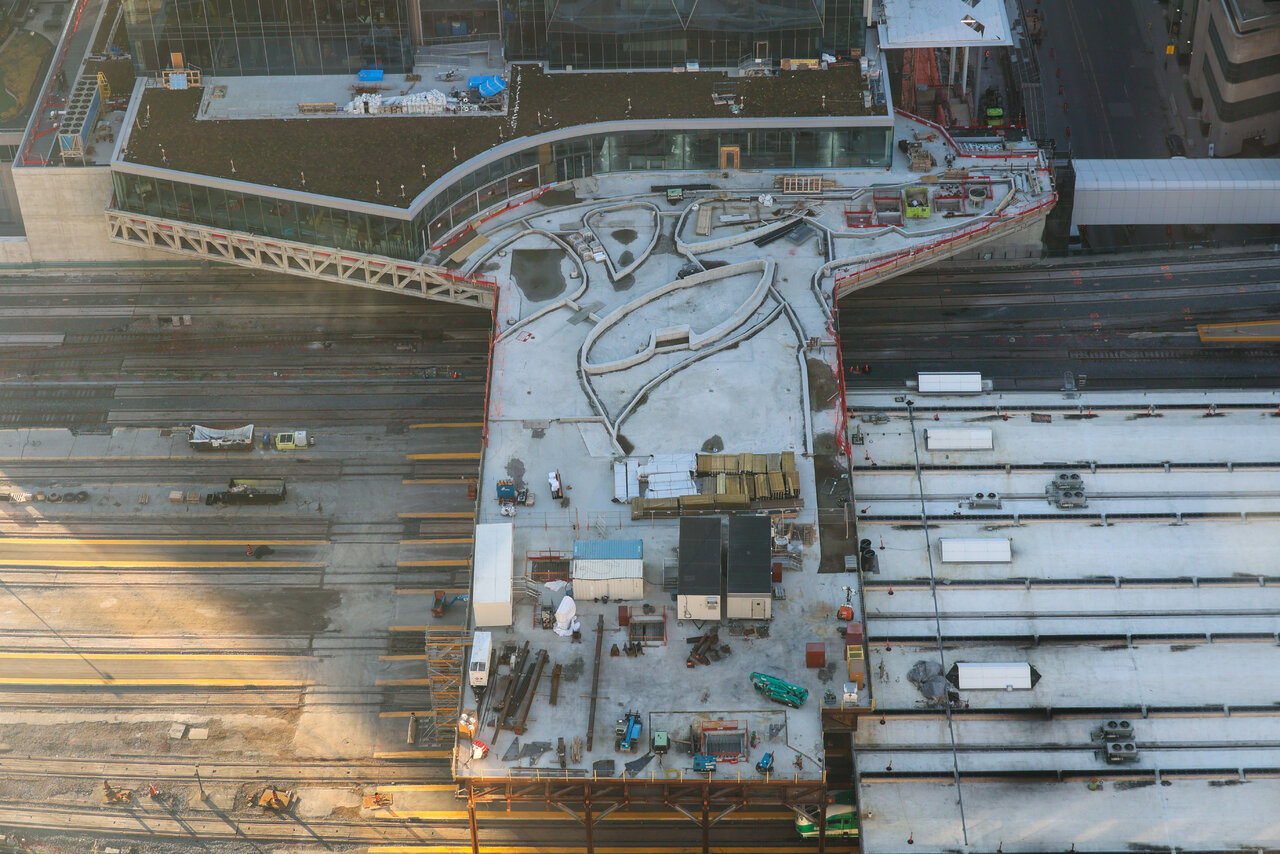 Where the former bus terminal was located, CIBC SQUARE’s North Tower will be built. With demolition in full swing, crews will prepare the site for shoring and excavation work to begin in February 2021. The 50-storey second phase will contribute another 1.5 million ft² of office space to the complex, targeted to open in Q4 2024. Along with the second tower, the rail corridor overbuild park will be completed, starting with structural steel and underside metal deck installation. Park work will be carried out overnight when trains are not active along the approaches to Union Station.

Additional information and images can be found in our Database file for the project, linked below. Want to get involved in the discussion? Check out the associated Forum thread, or leave a comment below.