At its December 1st meeting, Toronto’s Infrastructure and Environment Committee voted 4-2 to adopt a set of staff recommendations that could transform Yonge Street, the six-lane thoroughfare in ‘Downtown North York’, into a more ‘Complete Street’ with a pedestrian promenade and vibrant urban environment. 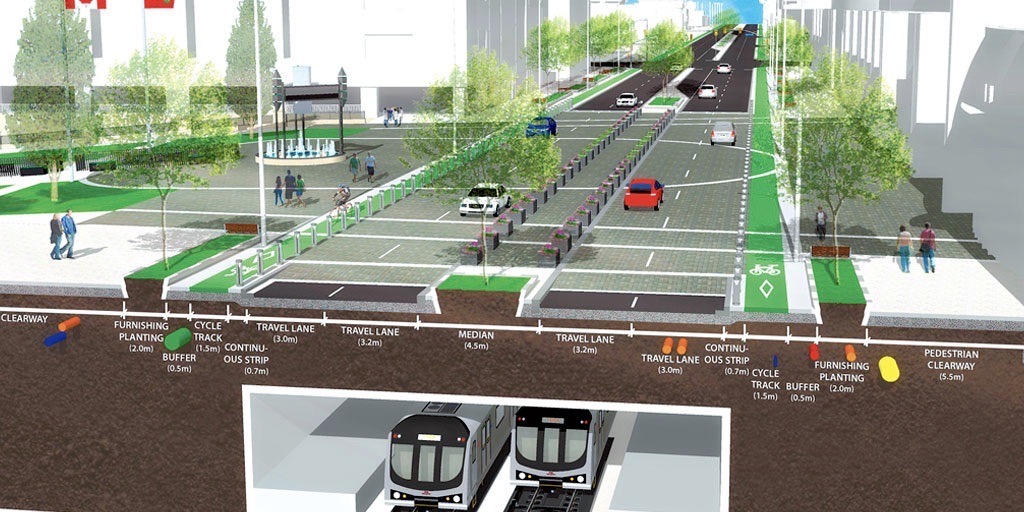 The high-density corridor of Yonge Street from Sheppard Avenue to Finch Avenue is in the heart of North York Centre. It is one of four centres in Toronto focused on transit-based employment and residential growth, yet the realization of the street vision has not kept pace with this evolution. Yonge Street is now at the end of its 50-year lifecycle. The roadway and streetscape are in disrepair, requiring a full reconstruction within five to eight years. The City of Toronto’s Transportation Services has carried out a Municipal Class Environmental Assessment, referred to as “REimagining Yonge”, that could generate safer, multi-use public spaces in car-centric areas. On December 16, and for the third time, it will go to City Council for approval.

The estimated 80,000 population that live within walking distance of this section of Yonge is projected to increase by 10% over the next decade. Beyond the deteriorated boulevards and narrow sidewalks is a lack of infrastructure that has led to, according to official figures, 159 collisions involving pedestrians and cyclists since 2011. 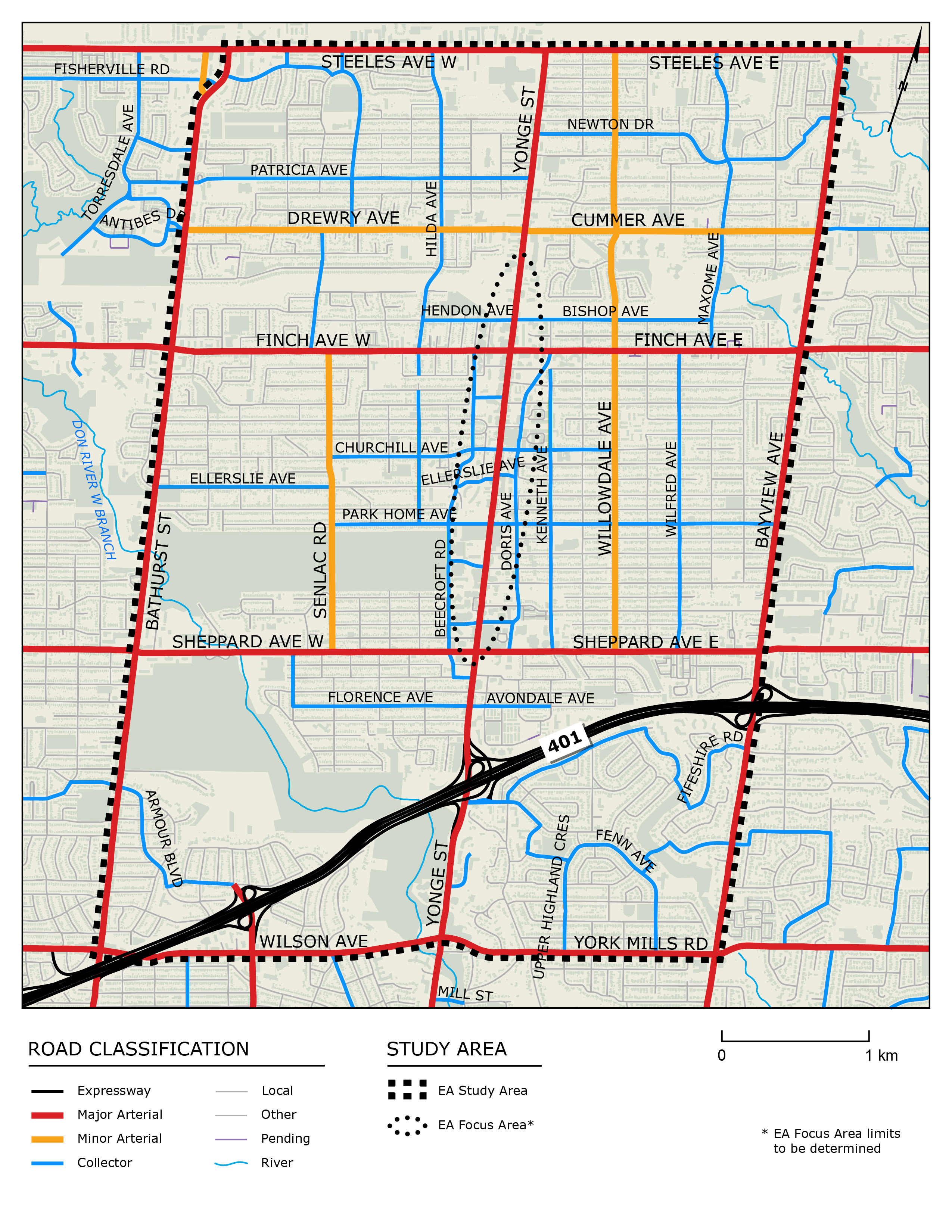 Study area for REimagining Yonge. Image courtesy of the City of Toronto.

REimagining Yonge would revitalize a critical stretch of Yonge Street in one of Toronto’s most dynamic mixed-use neighbourhoods. It comprises streetscape and safety improvements, including extending the centre landscaped median, widening sidewalks and adding trees, planters, furniture, pedestrian crossings, and bike lanes. If successful, the concept will encourage walking, cycling and a richer street life. However, to achieve these enhancements, the roadway will need to be reduced from six to four lanes.

And herein lies the problem.

This proposal last came to the table in 2018, with some council members citing congestion concerns. Public Works backed an alternate option – maintaining the existing six-lane roadway priority and putting bike lanes on an adjacent street– despite the alternate recommendation from staff. City Council voted to defer a decision, raising a need to address TTC issues and conduct additional studies

While other options could be viable, REimagining Yonge is the preferred alternative of the Infrastructure and Environment Committee as it better supports the objectives and can be implemented at a lower cost with less disruption. It comes with an estimated $60.44 million price tag.

Willowdale Councillor John Filion thinks it will pass. He and his Chief of Staff Markus O’Brien Fehr have championed the plan for five years. They recognize the neighbourhood’s immense civic importance and see an opportunity to do a lot better for the area than incremental or like-for-like replacements, maintaining the status quo. “This really is the game changer that we’re looking for, both for commercial sector support that’s so critical in this neighbourhood to public health, to safety, to environmental benefit,” says Fehr. “It just checks all of the boxes as you go down the list. The trade-offs, in terms of all of the analysis, are really quite minimal.” 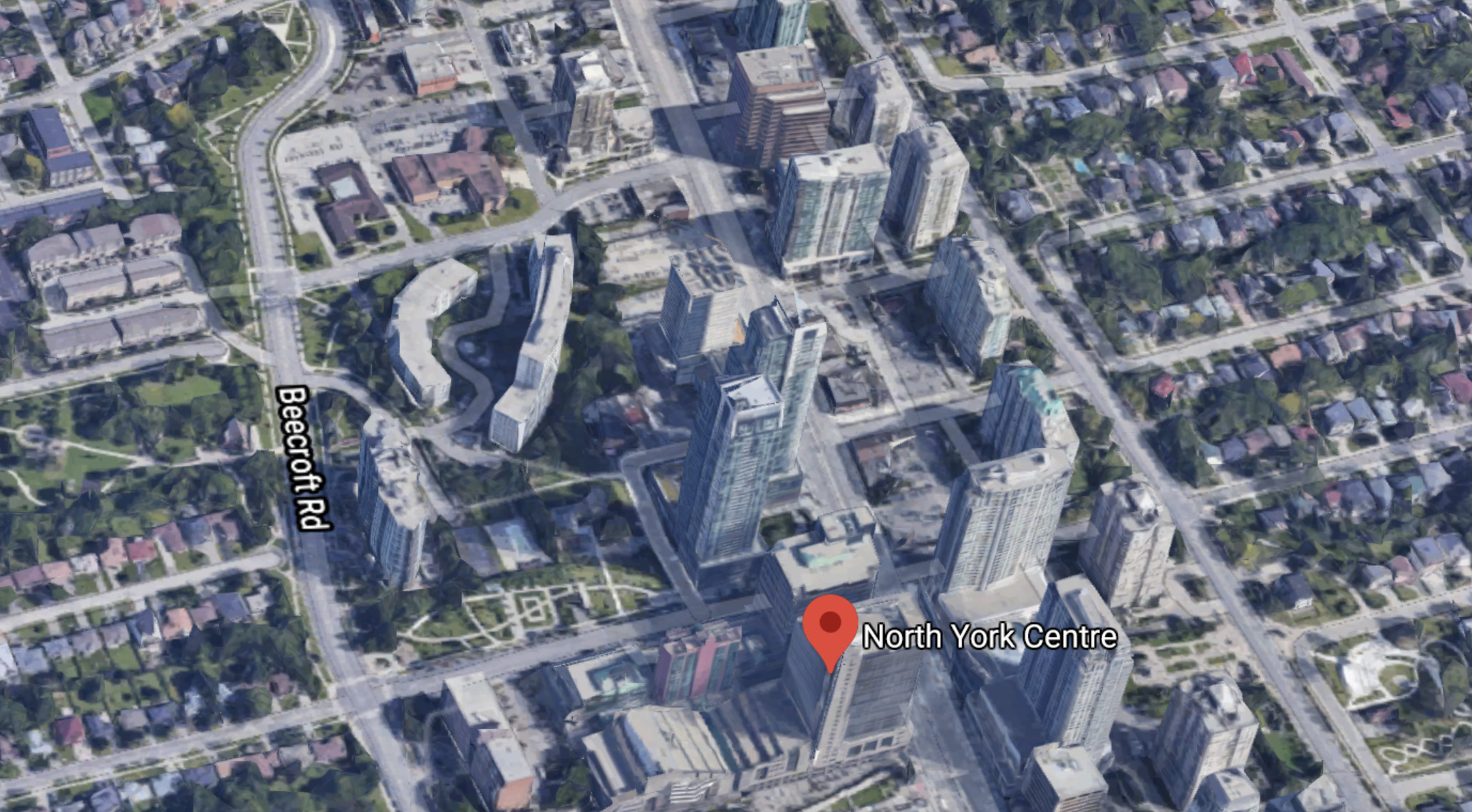 It seems doable: because of adjacent service roads running parallel to Yonge—Beecroft Road and Doris Avenue—this really means taking out two lanes from the combined existing 14, versus two out of the six on Yonge itself. Through extensive modelling and analyses, City staff figure an average travel time increase of less than 30 seconds at peak periods. By far, the bulk (75%) of the traffic along this stretch of Yonge is travelling to and from the 905 region—the street was designed as an on-and-off-ramp for Highway 401.

During two years of public consultation, local residents expressed views on how vital the project is and how it could benefit the community. Many wish to see a vibrant main street that unites, rather than a wind-swept commuter highway lined with shops and businesses that divides neighbourhoods to the east and west. “There was a huge number of organizations, public advocacy groups for road safety and other active transportation initiatives, city planning, transportation, and health experts, one after another lining up to endorse this. We had at one point a group of experts, including Jennifer Keesmaat, Richard Florida, Paul Bedford… We brought out the A-Team, “says Fehr.

Says Councillor John Filion, “This is about the future of Willowdale,” (whose new BIA, just approved by the City of Toronto, is launching in Spring, 2021). “The Transform Yonge recommendation provides that rare opportunity to recreate a main street and change the focus from cars to people.” What gets built here will set a precedent, particularly for the rest of suburbia.

REimagining Yonge celebrates urban initiatives that contribute to our quality of life and showcases how quality urban design and planning impacts our economy, our communities, our health and our lives. What city will we build for the future?

Council must now decide. If approved by Council on December 16, construction would likely begin in 2025. 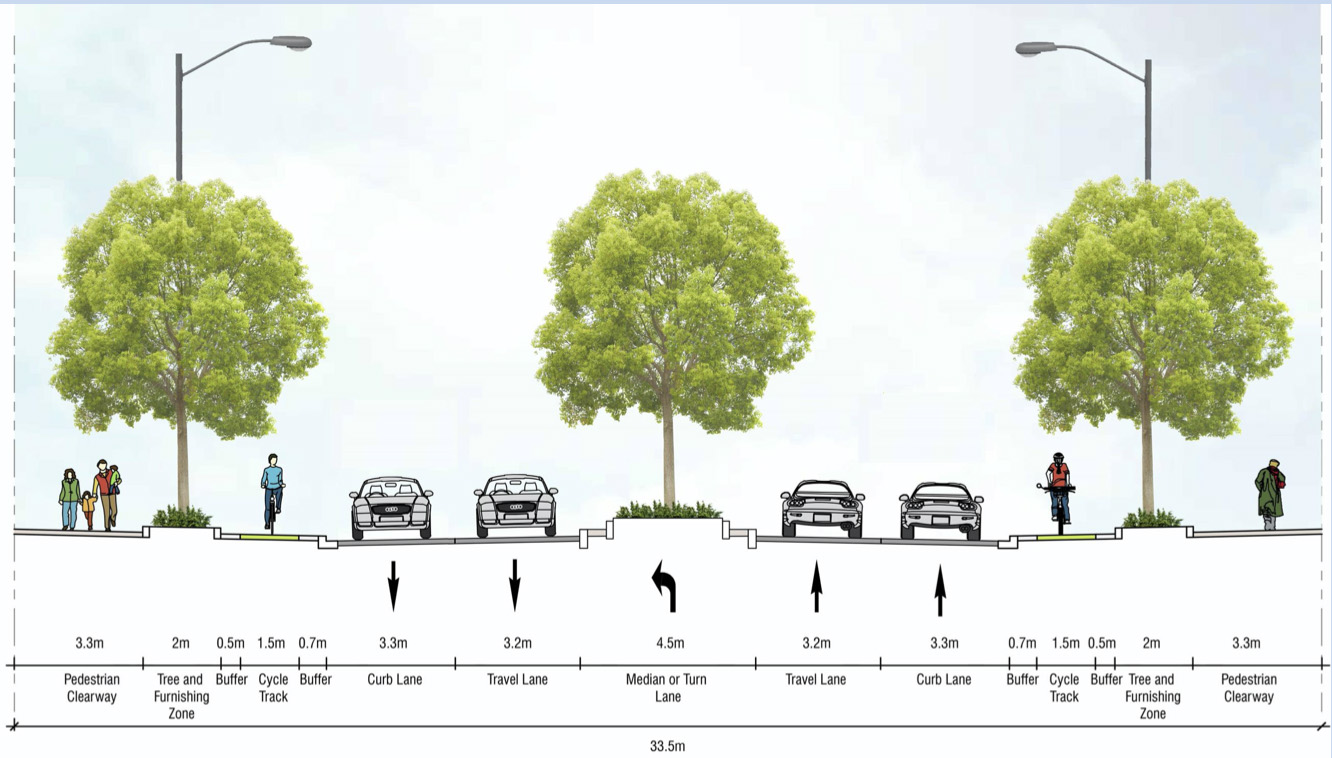 By repurposing a motor vehicle lane in each direction, Yonge Street would transform from a commuter highway, to a livable main street where people can enjoy shopping, restaurants, and a livable cityscape. Image courtesy of the City of Toronto.

The Business Improvement Area (BIA) within the Willowdale community will coordinate partnerships between business owners, tenants, and the City of Toronto to enrich our community for businesses, residents, workers and visitors alike. For more information, see https://bia4willowdale.com/

Additional information and images can be found in our Forum thread for the project, linked here. Want to get involved in the discussion? Check out the associated Forum thread, or leave a comment in the space provided on this page.