Tridel is continuing through Toronto’s planning approvals process on its path to redevelop a site at Dupont and Shaw streets, replacing a sprawling Sobeys supermarket and parking lot with a sizeable mixed-use building. In December 2020, it submitted a revised Site Plan Approval application (SPA) for 840 Dupont Street, just east of Ossington. 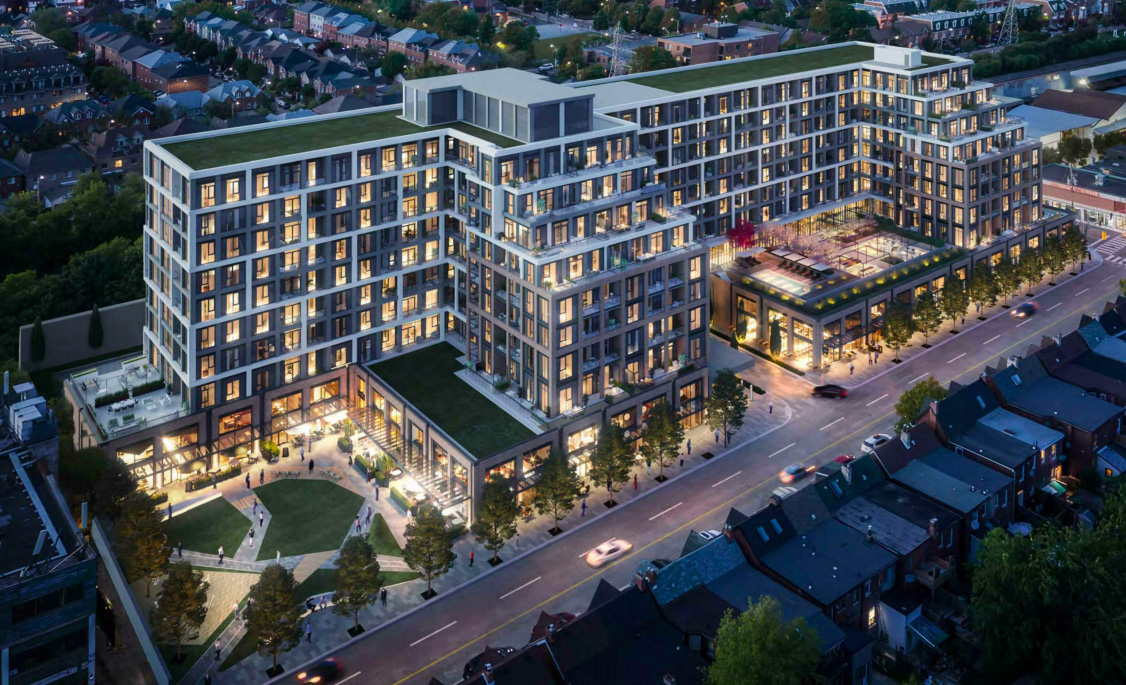 The Ontario Municipal Board had previously approved a settlement of the 840 and 860 Dupont Street applications (Official Plan Amendment and Zoning By-law Amendment), issuing its decision in February, 2017, allowing for a 9-storey development including office, retail, and residential uses from the original proposal. Subsequent SPA re-submissions reflected the zoning from the approved settlement, but since then, the site ownership has changed and the second-floor proposed grocery store has been replaced with residential units.

The site as it appeared in mid-2015 Image retrieved by Googlemaps.

The new development proposal continues to call for a 9-storey mixed-use building designed by Turner Fleischer Architects. It has ground-level retail spaces and 330 residential units above. 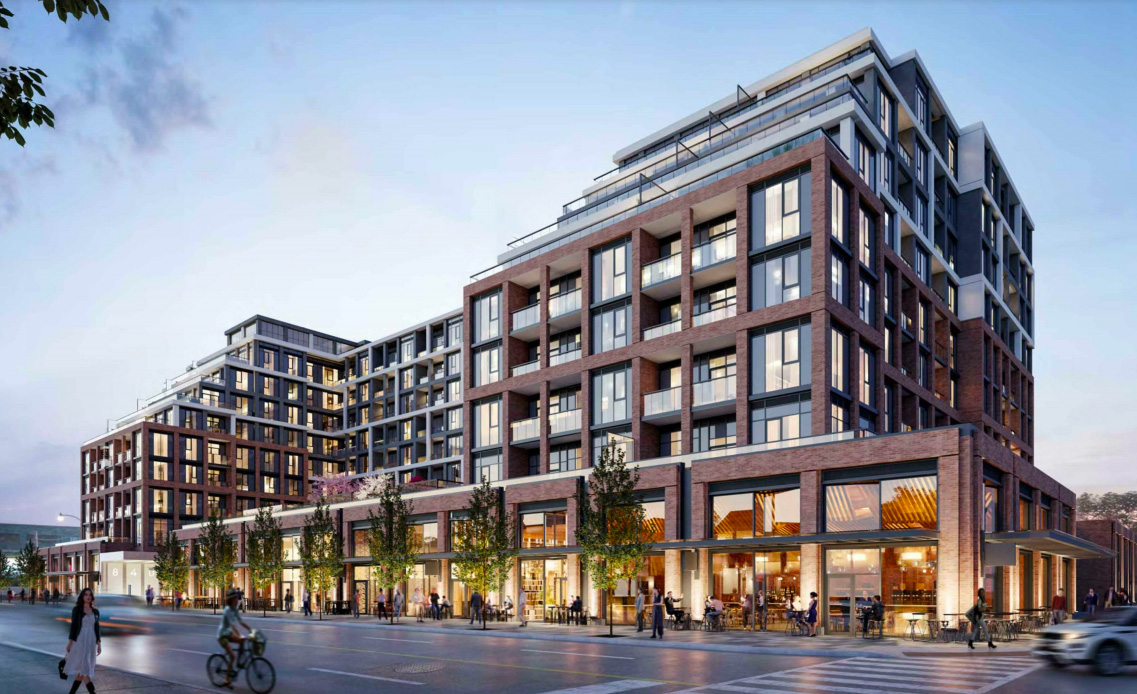 The December, 2020 resubmission revisions include minor technical and design changes to address City Staff and community comments. For example, local residents had identified the desire and need for small/micro retail spaces along the Dupont corridor. The new design incorporates retail spaces that are smaller than those originally proposed. 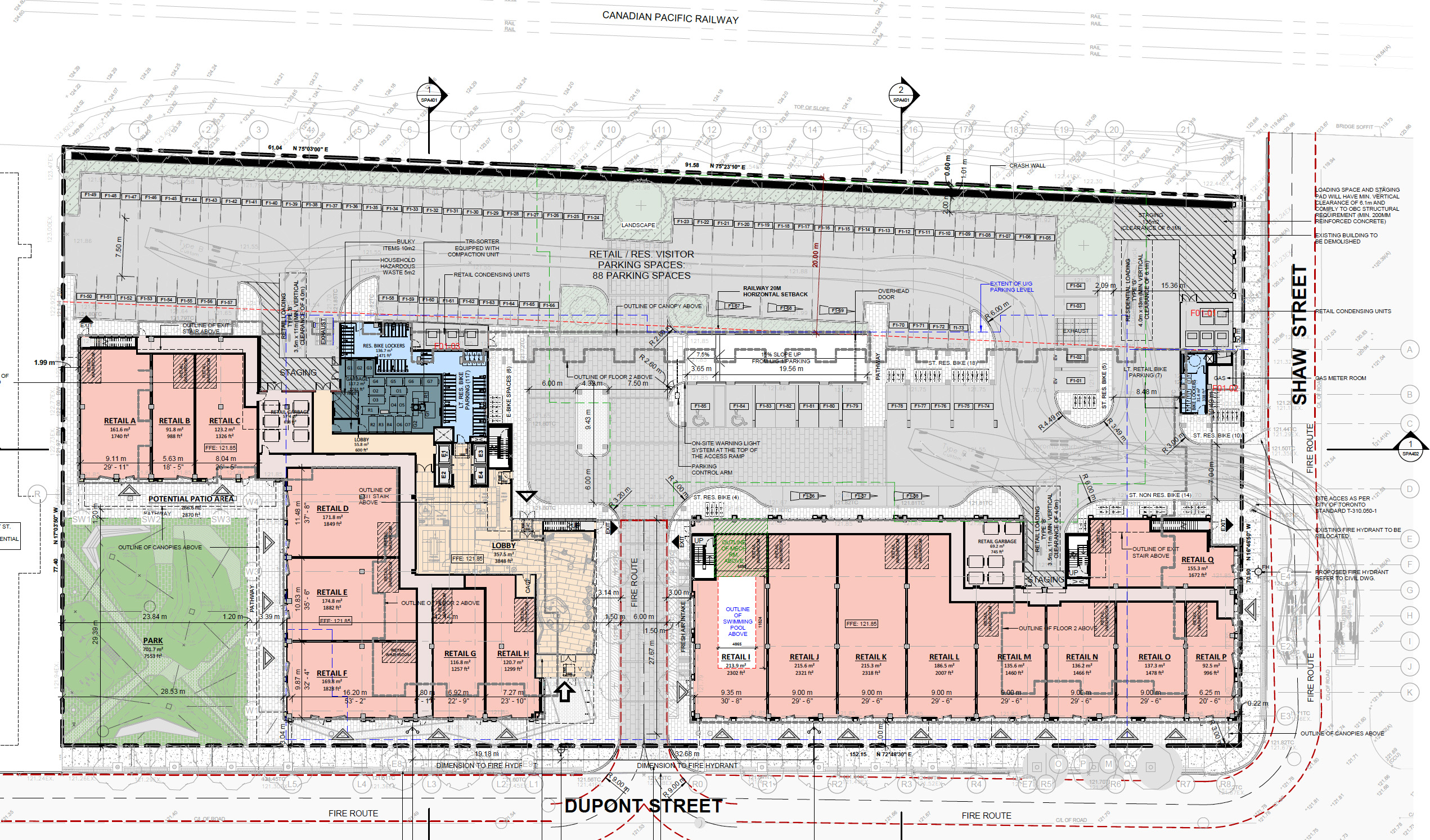 A comparison of some of the key stats between the settlement and the November, 2020 design: 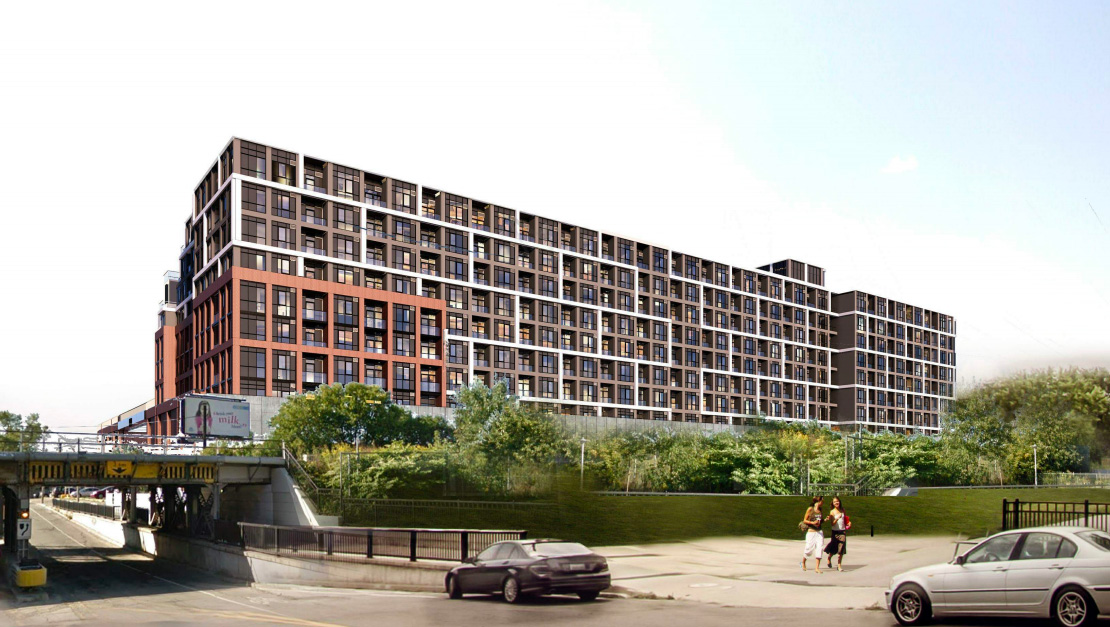